The 2013 MTV Video Music Awards are a place for artists to take risks and show off their fiercest style. Unfortunately, sometimes style can be so fierce that it, well, bites. Check out the best and worst dressed ladies of the evening below!

The 'Girl Code' starlet matched her hair to her lipstick, and she made them both pop with her simple yet adorable white peplum mini dress and matching heels. Even her mani and pedi match -- but she mixed it up with a cobalt clutch, contrasting beautifully.

The 'Body Party' singer has the body for whatever clothes she wants -- she's all muscle, but still super lean -- so she can get away with this sparkly, sheer feathered number.

Ellie Goulding looks edgy and amazing, but we pity anyone who dares to give her a hug in this gown. Ouch!

It's amazing how beautiful Lady Gaga can let herself be when she doesn't go out of her way to be weird. Her clean makeup, long black locks and black gown (complete with a sparkly bow) are simple yet sexy. 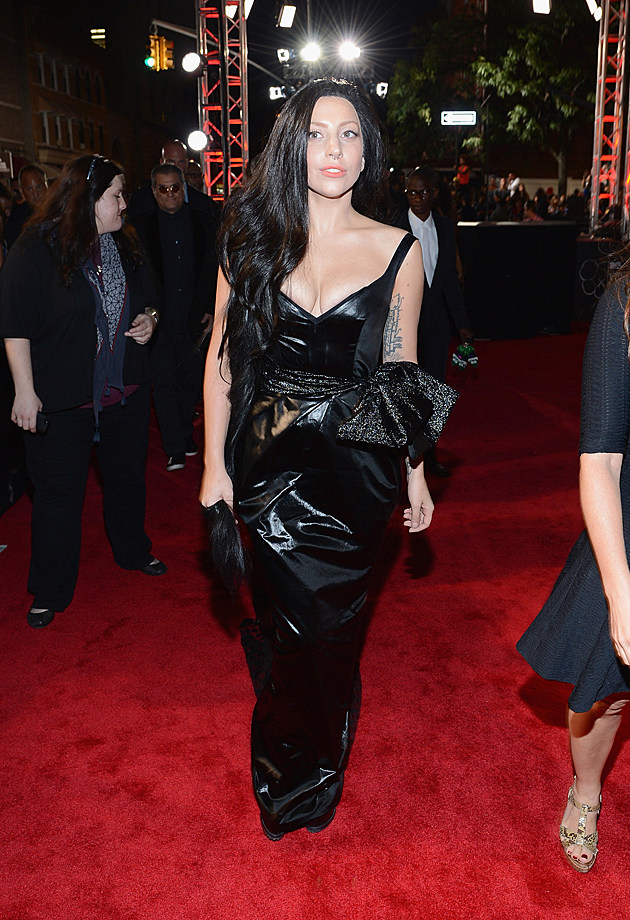 Rita Ora has an insane body (that cleavage! Those legs!) and a ferocious sense of style. Very few would even attempt this ensemble, but she nails it. Our only wish? A hint of color on her lips, because they're disappearing into her pretty face.

Selena Gomez demonstrates a balance between sexy and simple. The strappy bra underneath looks a little uncomfortable and complicated, but it's contrasted by the long skirt -- and her gorgeous green earrings still manage to draw the eye to her cute face.

Sorry, Erin. It didn't work for Rose McGowan, and it's not working for you.

Jenni 'J-Woww' Farley looks way too pageant-y in this number. On the plus side, though, her makeup is classic and beautiful.

The print, the shine, the slits, the high neck -- it's all a bit much, especially with Katy Perry's severe ponytail. What's more, the singer's ankle-strap heels "cut" her leg line, making her figure -- which is beyond enviable in reality -- look choppy. We get that she's going for a 'Roar' theme, but she should roar at her stylist for thinking this was a good idea.

Miley Cyrus has a killer body, but she distracts from it by showing off too much at once -- the cleavage! The belly! The tight pants! It looks like a child licked a bunch of hard candies and stuck them to her ensemble ... and we won't talk about the hair, because we love Miley.

We really wanted to like Snooki's garb, because it's classier than usual -- but like her pal J-Woww, she opted for too pageant-y ... and slightly skanky. C'mon, Snooks, you can do better than this!

Is it a dress? Is it khakis? Does it matter? It's hideous. Which is sad, because Holland Roden is so beautiful. Even she looks horrified!

Taylor Swift often opts for more classic looks, but her severe hair and makeup, combined with a simple gown, age her far beyond her mere 23 years -- she looks twice her own age! We love that she's embracing her natural curls again, but we just wish she'd pair the hair with a lighter touch on her face or a more modern dress for balance.